The Magnitude of Gallipoli – a Giant Undertaking 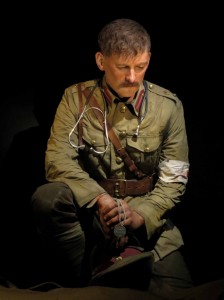 The jaunt to Wellington started like any other cheap grab on a flight.  Booked months in advance, it was an opportunity to flit down overnight – daughter from Gisborne, me from Tauranga – and met by a mutual friend who drove from Carterton for a girls’ catch up.  Perfect.  Even the weather played ball. Bit chilly, slightly windy – but nothing bubbles over a burger at Mac’s Brewbar couldn’t solve.  Near Te Papa, it was a good lunch stop.

That’s because the aim – apart from a break from daily drudgery – was to finally see Te Papa’s most successful exhibition. Gallipoli – The Scale of Our War: The story, the sheer brutality of this black punctuation mark in history.

Nothing quite prepares you for the epic way this tragedy is depicted. It is a raw portrayal of events – right to the basics of latrines and lice. Highly emotive, undoubtedly every visitor leaves with their own dominant memory. But it would be folly to deny the magnitude of the glue that sets this parade through the historic annuls. While a collaboration of several groups, Weta Workshop’s genius is unquestionable – the massive depiction of eight central characters from this moment at Gallipoli is heart-wrenching, yet utterly enthralling. Real people – replicated in ways it is almost unfathomable to believe they are in fact cloth and clay. Well OK: silicone. With beads of sweat and tears, skin and nails so intricate – right to the flickering hairs on their bodies – these giants send chills down the spine.

A side-note surprise however, was to read a one-line inclusion of one member from the Maori Contingent – ‘Donald Ferris: shot in the head’. That was it. Nothing more, nothing less. Just one line.  Both my daughter and I were surprised to see a family name – let alone, learn after hurried texts, that he was my daughter’s great grand uncle.  No doubt the streams of people who file past each exhibit, discover a relative – distant or close – either depicted, mentioned, or their stories related. It accentuates the reality that- even generations later – this country prides its brothers-in-arms camaraderie.

The exhibition is sombre, enlightening, minutely detailed and perfectly crafted with interactive components.  Little wonder it has attracted people in their thousands. It was a trip worth making – pondered often and definitely thanks to cheap plane fares.

While a highlight of this overnight excursion, Wellington is a great destination – and should never be discounted as a place to leave off the list of ‘must do’ trips. The waterfront promenade is an attraction in itself. Events galore run the gamut of months each year to lure visitors. And there is architecture to marvel at – a smorgasbord of villas to the high-rise bustle and landmark icons.

Wellington wears its mantel well. Positively Wellington appears to be all things to all people. It is a place of craft beer trails, art galleries, events, shows, shopping and fine cuisine.   For the record, the upmarket feast of Asian and Japanese delicacies at Dragonfly is well worth sharing – especially on Tuesdays when half price cocktails take priority. The backyard bar is definitely the place to hang out.

For cost-effective digs – despite parking not being available on site – the self-service units at Willis Village get the thumbs up as well.  They are walking distance to Wellington’s downtown bars and restaurants – and handy to licensed outlets to grab a bottle of red on the return stroll to ponder the day.

Overnight in Wellington?  Well worth it!  A couple more nights might be better.   More cheap seats would also be helpful Mr Air New Zealand. More often too please. You have my email.