Upon announcing to family and friends about a pending ocean expedition at Stewart Island – in July –  responses generally were in accord. Middle of winter? On a boat? Stupidity!

The obvious presumption was for freezing temperatures and raging seas. Roaring forties, anyone? It must be conceded, there was as bit of that. Foveaux Strait, in particular. Nothing sea sickness pills can’t handle. Just how big could it be? Churningly big, as it turned out – but exhilarating. The hour-long ferry across this notorious strait is better than any roller coaster ride; especially watching the skipper – casually chewing gum – handle the wheel and waves like a daredevil driver of a throaty V-8. It certainly set the scene for what lay ahead. 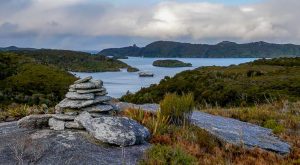 Hailed as the Stewart Island Discovery Expedition, discovery was an understatement.

Stewart Island/Rakiura is a revelation – especially when explored by boat. South Island tour operator, Real Journeys operates arguably the best on offer. Six days and five nights aboard the Milford Wanderer – a purpose-built motorised vessel, designed around a traditional sailing scow. Catering for 36 passengers, old-charm blends with modern, warm facilities in a boat that encourages mixing with strangers, bracing fresh winds around the decks and enjoying time in the wheelhouse with the skipper as he navigates some of New Zealand’s most fascinating coastal waters. Constant companions, Mollymawk albatrosses inspire envy watching their soaring aerial skill in the southern ocean winds. 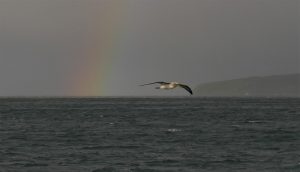 As the country’s third island, Rakiura is far from one single island. It’s an intricate mosaic of hundreds – including Muttonbird Island – one of 21, where only the descendants of original Maori inhabitants can harvest the young titi or sooty shearwater. Motoring past this main island, with its baches that house harvesters from April to May each year, is just one of the many sights most tourists would never see. 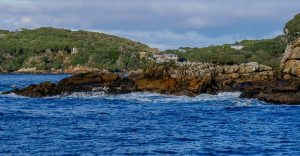 Maori history and legend are integral to Rakiura, isle of the glowing skies. While it denotes the stunning sunrises and sunsets, legend also refers to a young man named Te Rakitamau. Twice refused marriage to the chief’s daughters, the glowing red skies are said to reflect his embarrassment – hence the name Te Rakiura a Te Rakitamau – later shortened to Rakiura. 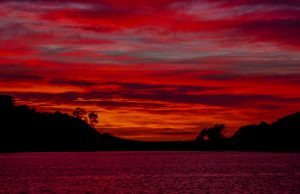 Legend goes deeper– Rakiura was once also known as Te Punga a Maui, or the anchor of Maui’s canoe, which relates to the legend of Maui fishing up Aotearoa’s three islands with his magic hook. Now depicted in the form of two chain link sculptures, Stewart Island is artistically hitched to Bluff. The first was controversially built in 2003 at Lee Bay on Stewart Island and replicated in 2009 at Bluff’s Stirling Point to complete the illustration of the mythological link of Maui’s canoe with its anchor stone. 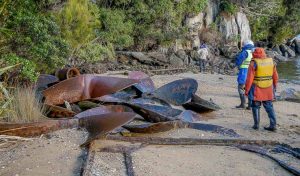 From Maori legend and history to the European arrival of whalers, sealers, missionaries and foresters, Stewart Island/Rakiura is truly fascinating. Real Journeys’ trip leaves Oban to motor down the eastern coastline from Port Adventure to Pegasus Bay. That’s the best aspect about spending six days aboard a boat. It unveils some of the most remote places on earth, while onshore treks ashore enable quick access to historic sites. Maori Bay with its old sawmilling remains and the historic Norwegian whaling station at Prices Inlet – which is now under marine protection. 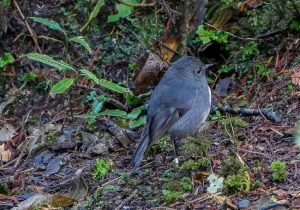 Ulva Island is probably the easiest destination for most visitors. With 269 hectares of preserved forest, this sanctuary dates back to 1899. Declared pest free by 1997 and resplendent with giant beech, macrocarpa, rimu and totara among others, it’s a refuge for rare and endangered birds. Managed by DOC with support from the Ulva Island Charitable Trust, water taxi access makes it readily available, while the network of sealed paths cater for all ages and fitness. 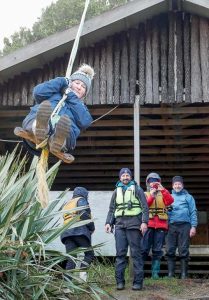 Roughly 85 percent of Stewart Island’s dramatic landscape sits as the Rakiura National Park. Established in 2002, it embraces 157,000ha of reserves, forests and a network of tracks. This trip crams more into six days than is possible if simply doing DOC’s various walks by foot alone. From casual beach strolls to the challenging climb up the impressive granite peak of Bald Cone, the experiences are all the more rewarding, thanks to the expertise of Real Journeys’ crew. Not to mention dining like royalty from morning to night on a constant fare of fine cuisine. 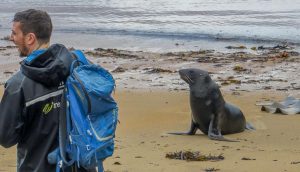 Heading from one area to another allows the joy of cruising in and out of idyllic bays to discover postcard scenery and history. Wildlife abounds – gleefully lucky if seen along the way. One trek ended on a secluded beach frequented by sealions. Curious females were fiercely guarded – and herded – by burly bulls. Every day brings new discovery, new adventure and lasting memories of the sheer beauty that, for the most part, Stewart Island/Rakiura keeps to itself. 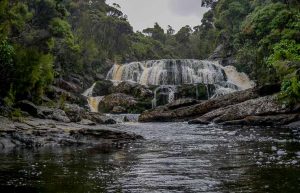 Everything appears larger than life. And in the case of the southern brown kiwi, it certainly is. One of this trip’s biggest highlights is a night walk to see kiwi in their natural habitat. Armed with torches – covered in red cellophane to avoid direct light – you could be forgiven for thinking it was a prank. Walking along a dedicated trail – in silence – eyes peeled for the mere peek of a kiwi, it wasn’t until our troupe reached the beach, that thoughts occurred of being on a wild goose chase. Kiwi? On a beach? Right! Until there they were – not one, but two; oblivious to the prying torches and flashing mobiles – beaks digging blissfully for grubs in the sand. Apologies for the lack of photographic proof. Standing in silence – just watching – is the ultimate memory of such a magical moment.

While around 50,000 people visit Stewart Island each year, the remoteness of some its sanctuaries must surely be an asset. It helps protect the island’s proliferation of fearless wildlife and natural beauty. This place feels lost in time and long may it reign. Real Journeys only run a select number of expeditions every year. Either booked individually or undertaken as part of a tour party through the likes of Pukehohe Travel –  the trip exceeds all expectation – even in the middle of winter.